This article by Travel and Film could be called Travel and Music! When I arrived in Belize and read my guidebook, I decided I was going to visit San Pedro because Madonna dedicated a song for this island called “la Isla Bonita” (the beautiful island) so if Madonna says it’s beautiful, I’d better check it out. Most people I met told me to go Caye Caulker instead, the chilled backpacker isle and that San Pedro is not great, very Americanised and expensive. Well, I’ve been listening to this song since I was a kid and it’s one of my favorite songs of all time, so it doesn’t matter what everyone says, I’m going to visit the island anyway, at least for one day, even if the island has probably changed a lot since Madonna came in the 80s. I actually stayed 5 days and 5 nights there, the only place in Belize where I stayed more than 1 night in the same place and it is the best time I had in Belize, mostly for the people I met there. 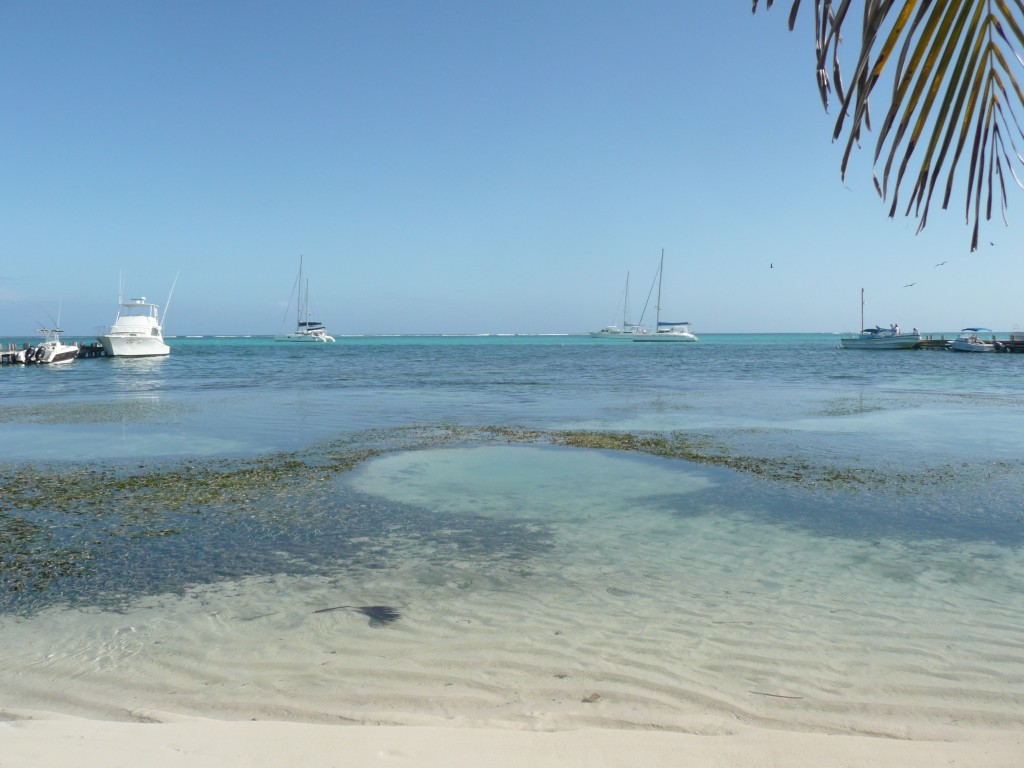 The first day I arrived in San Pedro, I walked up and down along the sea looking for the “beach”, well there is no real beach in San Pedro, you know one with white powder sand and beautiful blue clear water to swim. The sand is hard everywhere and the sea is full of seagrass which doesn’t make it good for swimming at all. I was staying at Pedro’s Inn, the only hostel where you can get a dorm bed for a cheap price on the island. And they have a great swimming pool, where everyone hangs out and meets, and probably the best swimming spot on the island! But there are still few fun things to do in the sea and out of the sea. For example, one of them is watching the fishermen cleaning the fishes and feeding the pelicans. 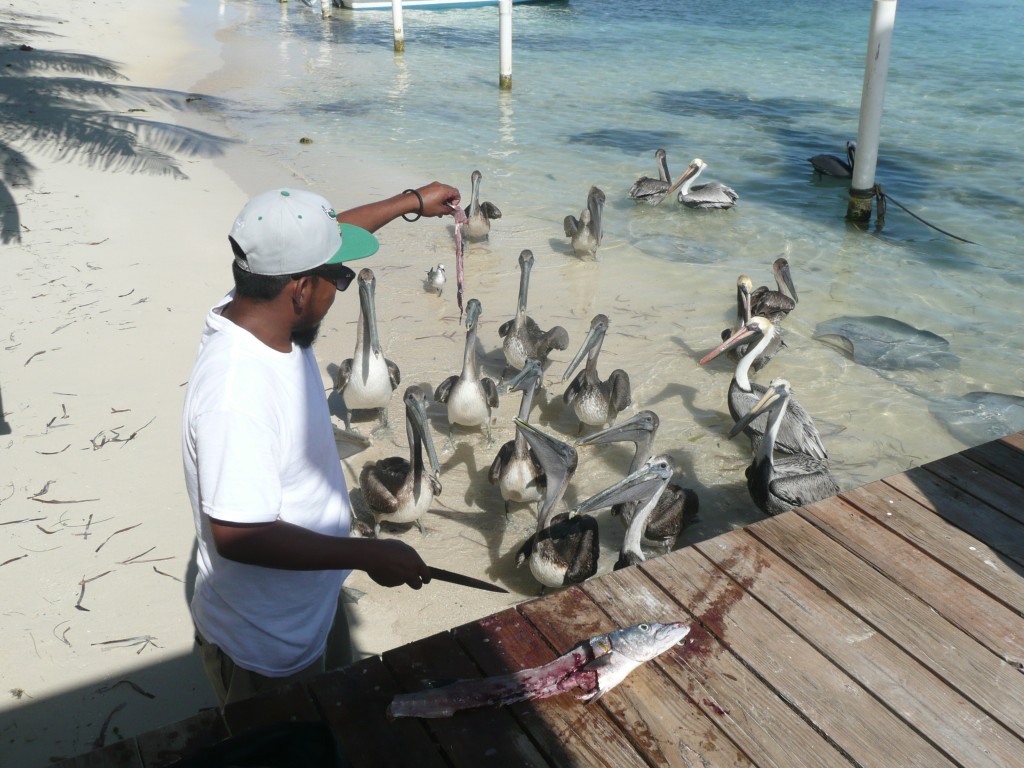 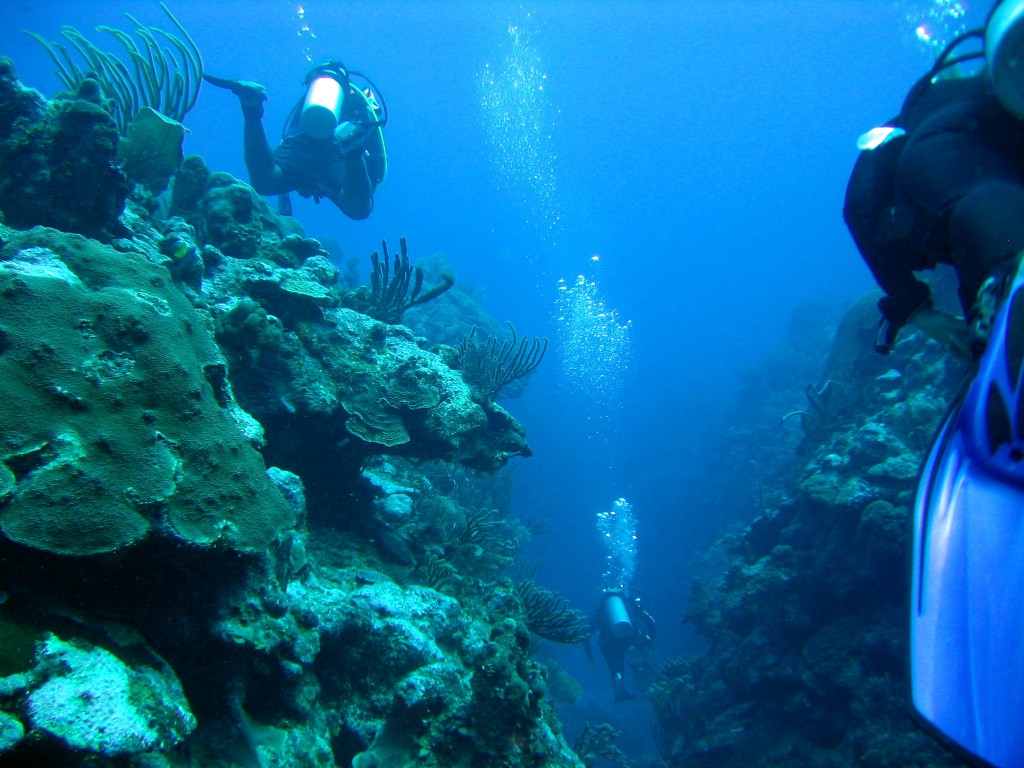 Diving in the canyon

Along the coast of San Pedro, there is the Unesco World Heritage Great Barrier Reef, the second largest one in the World after the Australian one. And there is the Blue Hole, one the most famous diving site in the World. I didn’t dive the Blue Hole because it is very expensive, between 200 and 300 US Dollars (200 from Caye Caulker) but I dived 2 local sites. 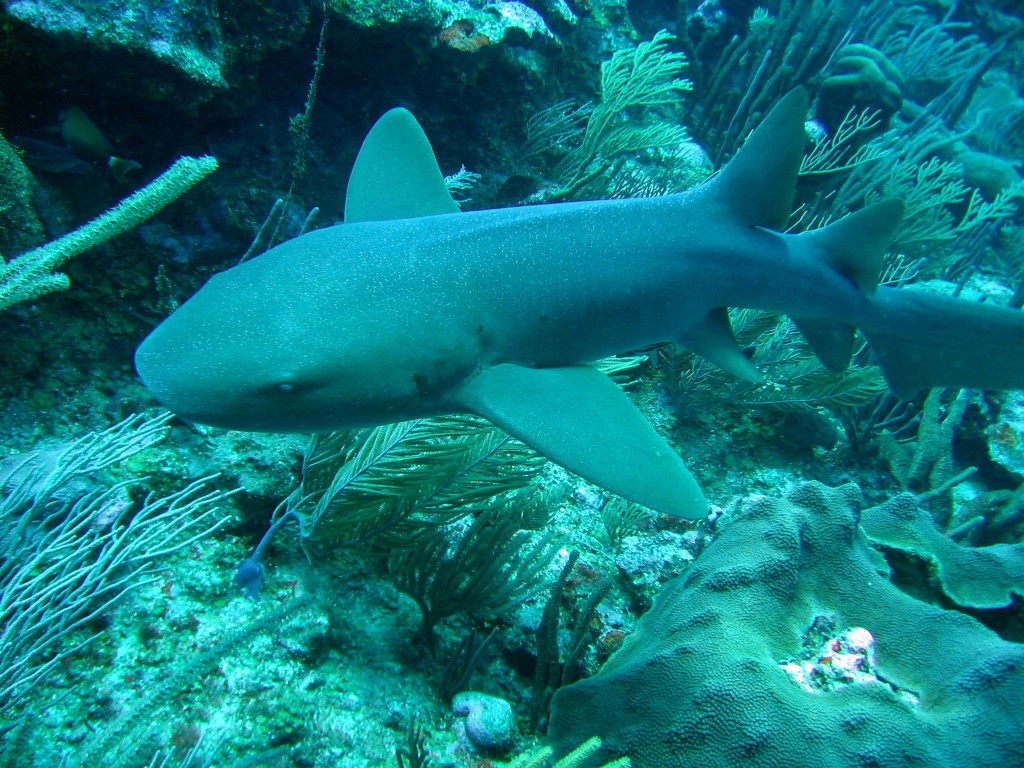 Several nurse sharks followed us during the dive which was pretty cool, and we saw an eagle ray flying beside us among the waters with majesty. But there is not much marine life nor a lot of beautiful fishes and the coral are not colourful, the diving in Cozumel, Mexico was better. 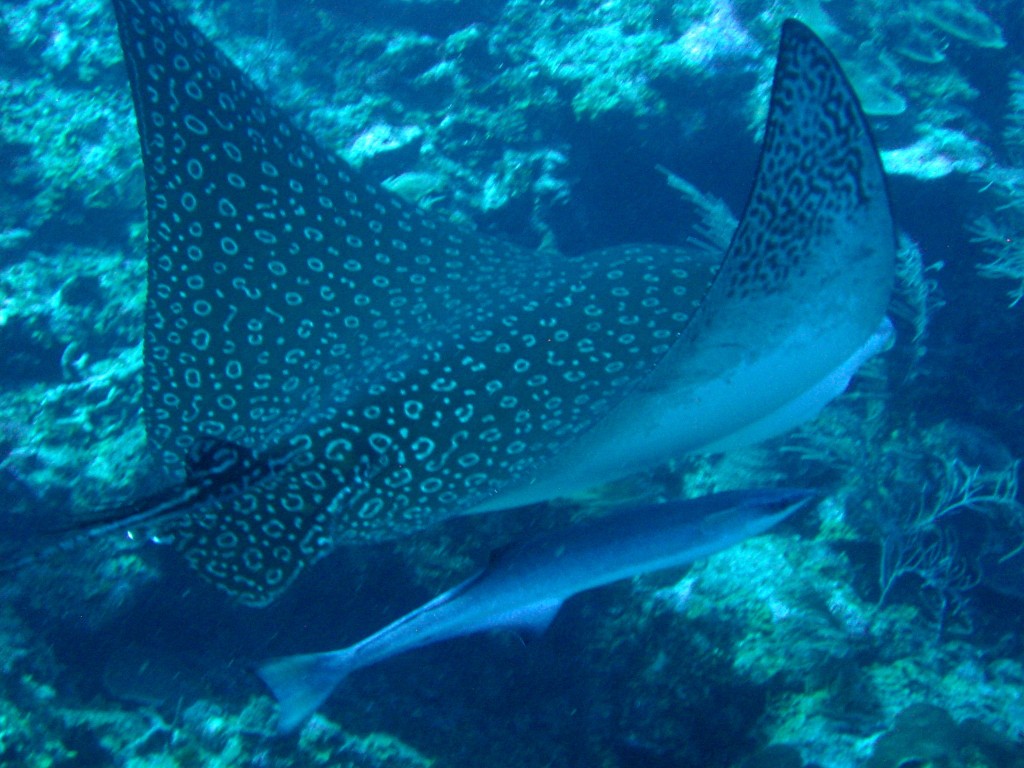 This is the not to be missed activity in San Pedro (doable from Caye caulker as well but closer to San Pedro). It is a hole in the barrier reef, it is a protected marine park called Hol Chan and the corals are full of colors there, even when there is no sun, and there are a lot of beautiful fishes, big fishes, turtle, etc. When you do that trip, you also go to Shark Ray Alley, where, like the name says, you can see nurse sharks and rays, and the cool part, you can touch them and even hug a shark, but let your guide show you how to grab the shark, yes they can bite, so don’t bother them too much. This tour cost between 35 and 45 US Dollars, so shop around and make sure the price includes the 10 USD park fee and snorkel equipment obviously. 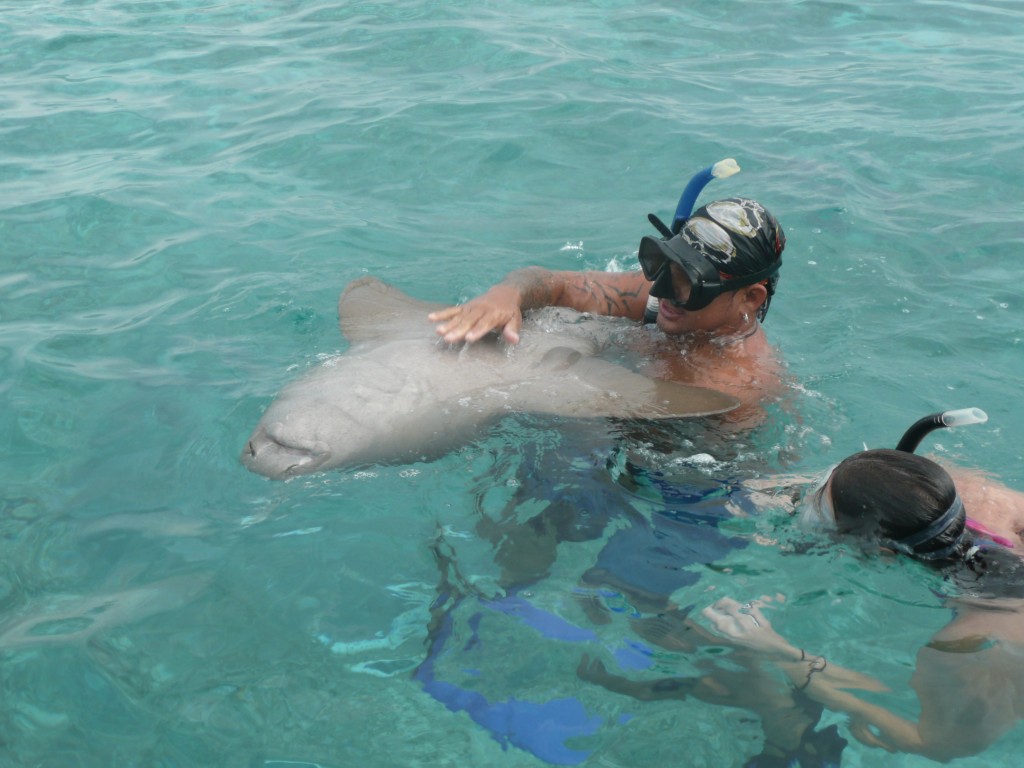 Going out and partying

The island has a couple of clubs. The Jaguar’s has lady’s night on Friday, it was not very full when I was there maybe because of the rain on that day. But the best night out in San Pedro is Thursday, where they have the chicken drop. 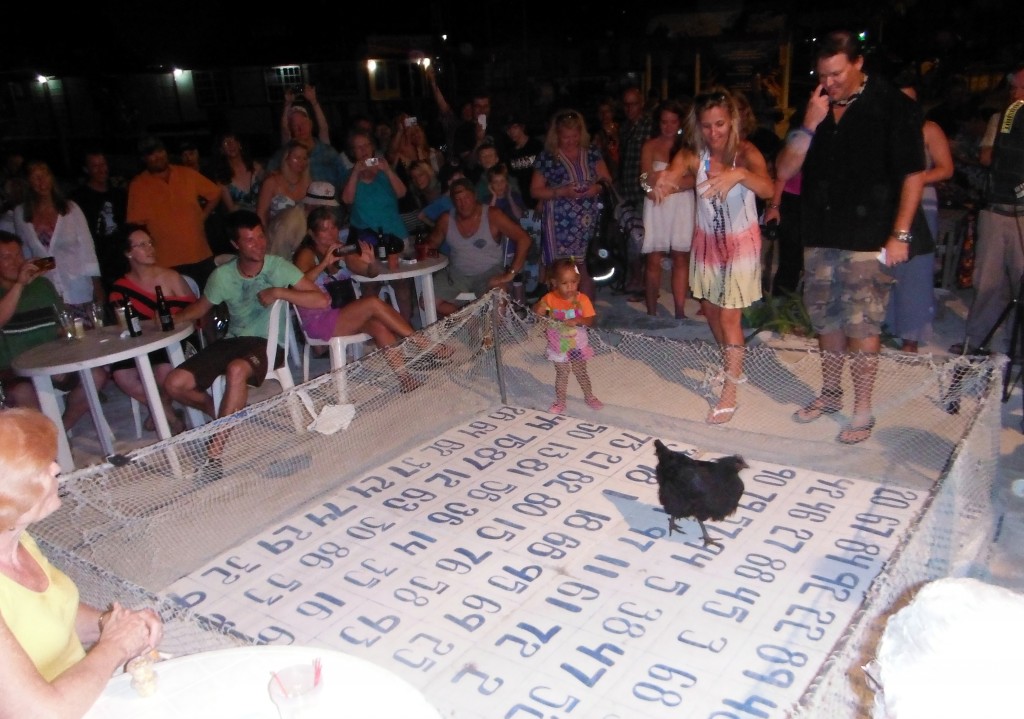 There is a board with about 100 numbers which you can bet on, then there is a chicken or a rooster, turn it around and blow on his ass and drop it on the board. If the chicken poop on your number, you have to pick up the chicken shit and you win (cash price). That sounds like a really stupid game I know but it’s actually quite fun, and the more rum you drink, the more fun it gets, ahahah. It was a really good night out with the friends from the hostal. 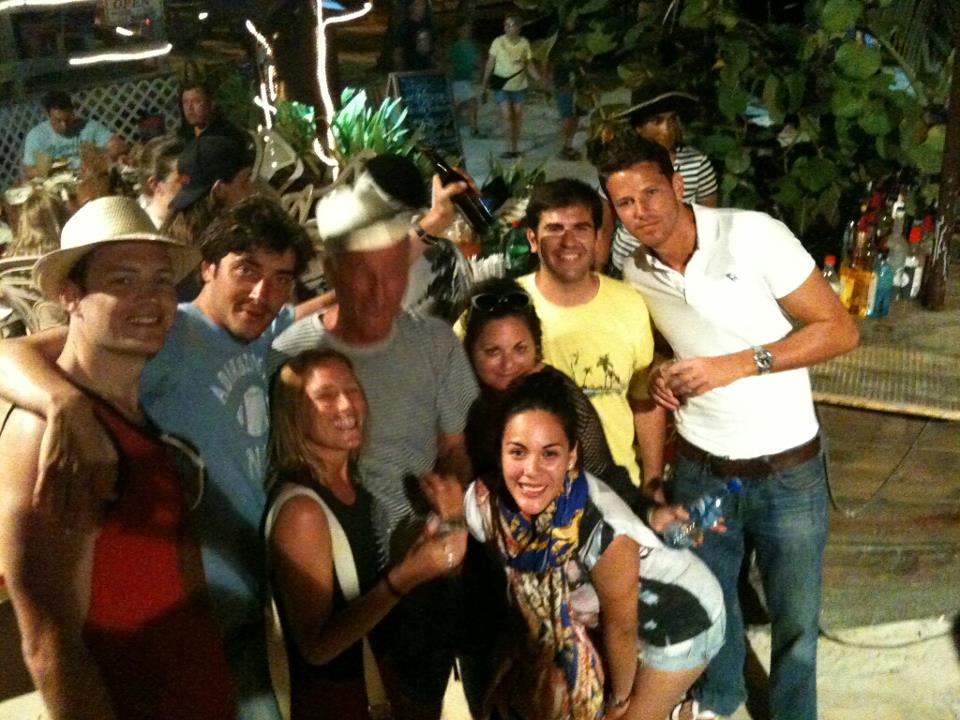 I’m so glad I went to san Pedro where there might still be some Madonna’s vibes floating there because I had a great time in la isla Bonita. And just to stay in the mood, here is a video of “la Isla Bonita” found in YouTube with the lyrics to get a full understanding of what’s going on there!!!

Diving photos by Jeff, thank you. 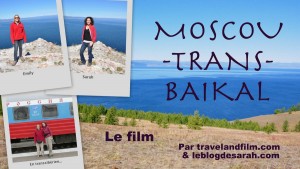 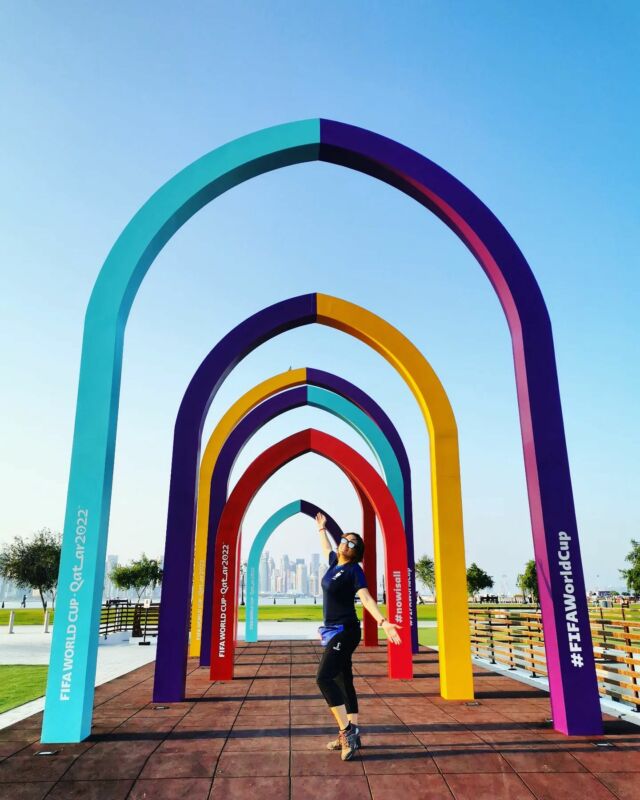 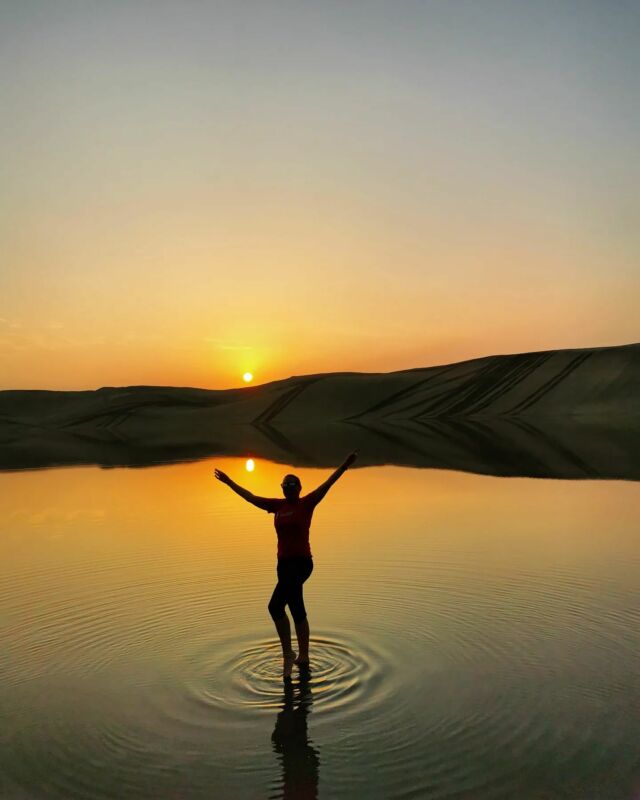 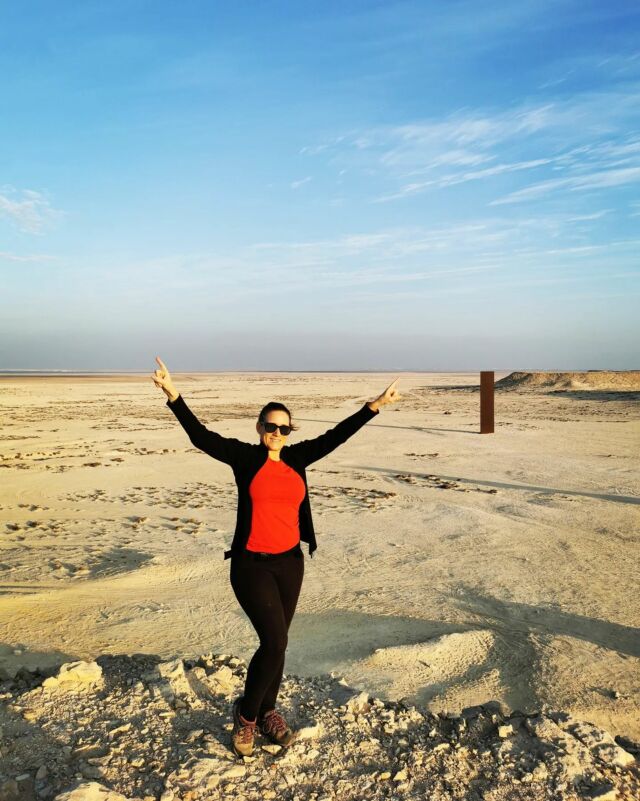 Happy new year from Qatar. What are your plans for 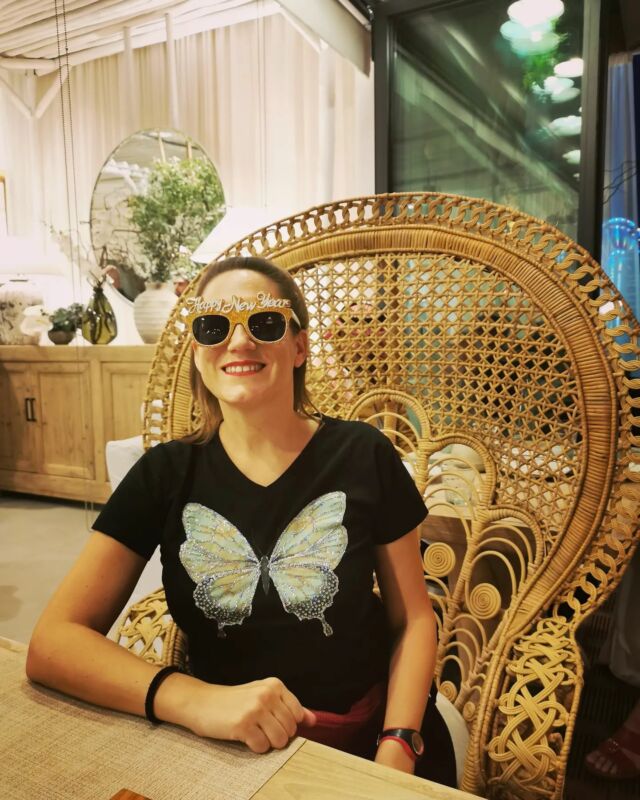 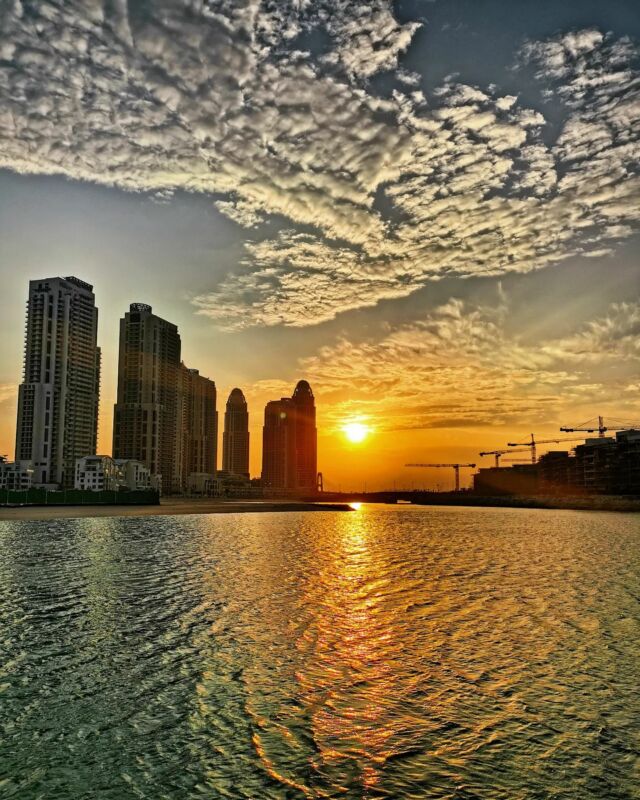