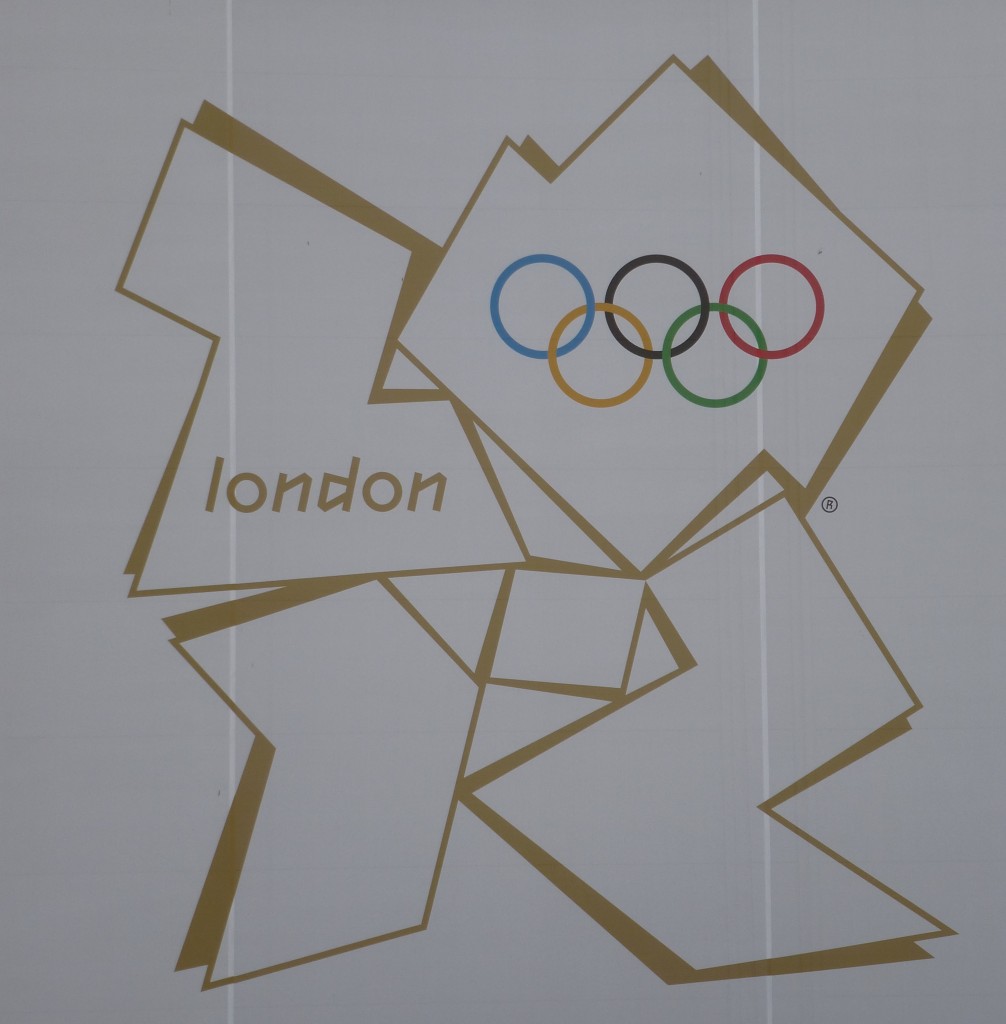 Getting a free ticket 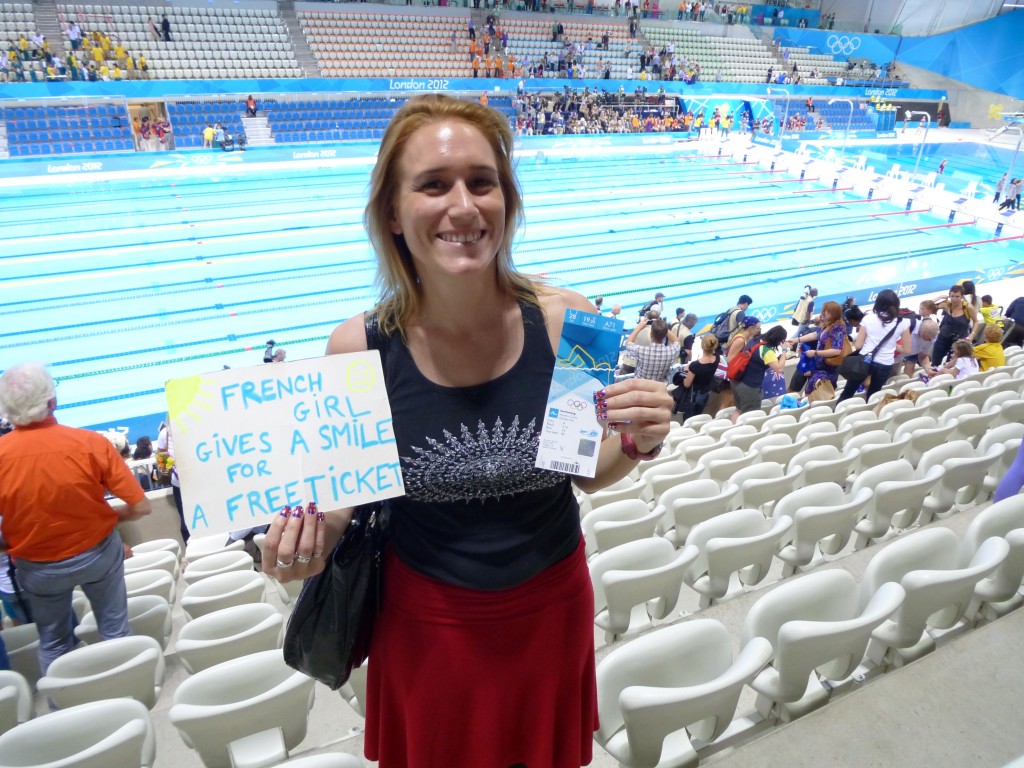 Saturday 28th of July is the actual first day of the competitions of the Olympic Games. With Sarah, we get up late because of coming back late after the Opening Ceremony. So we only go to Olympic Park around 6:30 pm. Just like yesterday where we manage to get a free ticket for the Opening Ceremony, we go there with our sign saying “French girl gives a smile for a free ticket”. After looking around and talking to 3 nice French supporters that give us a beer. We decide to take our sign out of our bag and stand there where everyone is arriving, it’s 7:20pm and the swimming starts at 7:30 for example, and there is handball and basketball for example. But we’re not difficult, since we ask for free ticket, we’re willing to go watch any event! About 5 minutes later, a security guy comes and tells me that I should go advertise further in the shopping mall and that here is only for people holding tickets. While he is saying that, two girls approach me and give me a ticket for swimming. So I look at the guy and tell him “OK I’ve got a ticket now”. He tells me “well done” and walks away. At the exact same time, Sarah gets a free ticket for basketball. 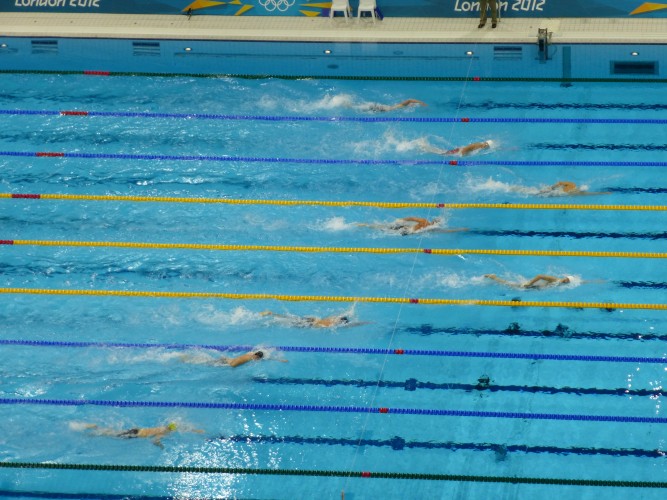 Going through security takes a short while and the entrance of the Aquatic Centre is on the other side, why is that? So I run around because it’s starting and I can hear the public screaming from outside. I get to my seat almost all the way up. For information, the ticket that was given to me costs 185 pounds, category B, very expensive for being so high I think! The Aquatic Centre has a shape of a big wave. The spectators seats go very high, too high! And the roof is a big wave going down above the pool, which means, you can’t see the spectators on the other side of the pool, which makes it less friendly, I wish I could see everyone. So I have to admit I don’t really like that Aquatic Centre, the Water Cube in Beijing was much nicer. 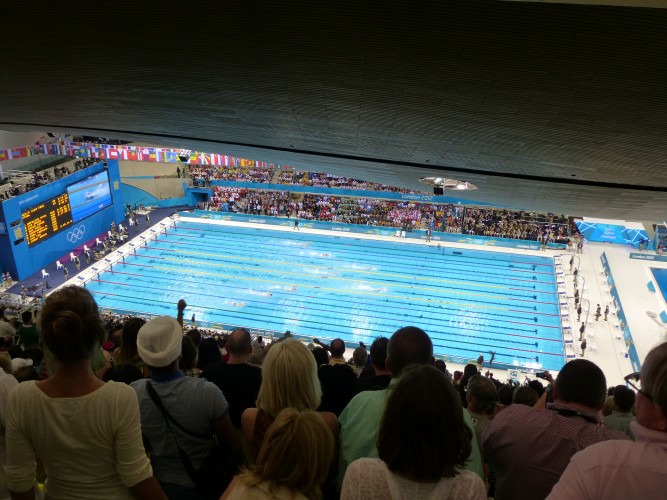 The atmosphere in swimming is amazing. Everyone is screaming and standing at every finishing line. When I see these athletes sweating while getting out of the fresh water, it reminds me when I was competing myself in swimming (far from that level though). So I get to see the Men 400m free style final won by Yang SUN from China, Women’s 400m individual medley final won by Shiwen YE from China as well, Men’s  100m breaststroke semi-finals and Women’s 4x100m Freestyle Relay won by the Australian team. 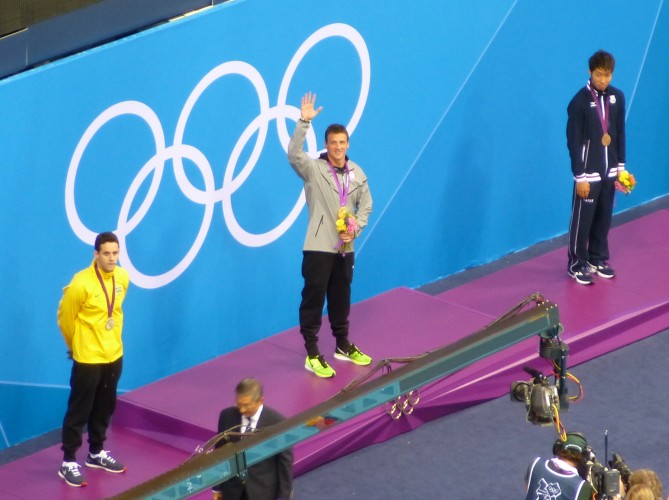 Taehwan PARK from South Korea, silver medal for the 400m freetyle, has a lot of supporters in front of me. I also get to see all the medals ceremonies from the evening and to hear 4 National Anthems: the American one for Ryan Lochter who won the Men 400m Individual Medley, the Chinese one twice, and the Australian one for the Relay team, the Australian supporters are in the place. 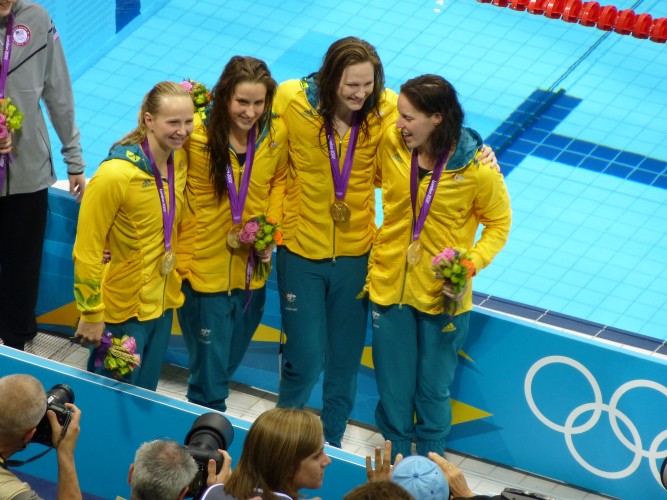 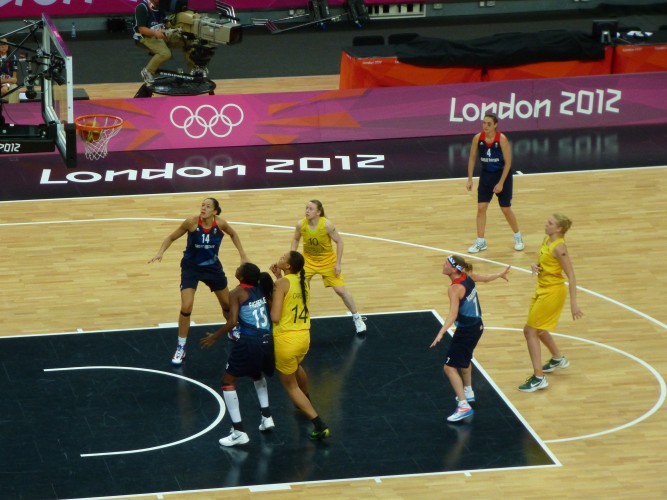 So now, it is 9:30pm, swimming is over and it’s very cold outside. Sarah is still watching the basketball games, so I kill time at the London 2012 megastore and look at the souvenirs, which are nice but really overpriced. When they close at 11pm, I go towards the basket ball arena, it’s half time and a lot of people are leaving, so I walk towards the entrance, against the flow. A volunteer asks me where I go, and I just say looking for my friend and walk in. Sarah sends me a text with her location and I go sit next to her to watch the end of the Women basketball game Australia-Great Britain, called team GB. The most fun moment might be the cheerleaders before the last quarter. And here again, too bad for the team GB, but the Australians are in the place, the girls on the field and the supporters around with flags. We leave the Olympic Park at midnight, and have to walk 30 minutes to the subway. The Olympic main site is huge and has no transport inside it… A drink after that with some friends because it’s Saturday night in London to end a good first day at the Olympics! 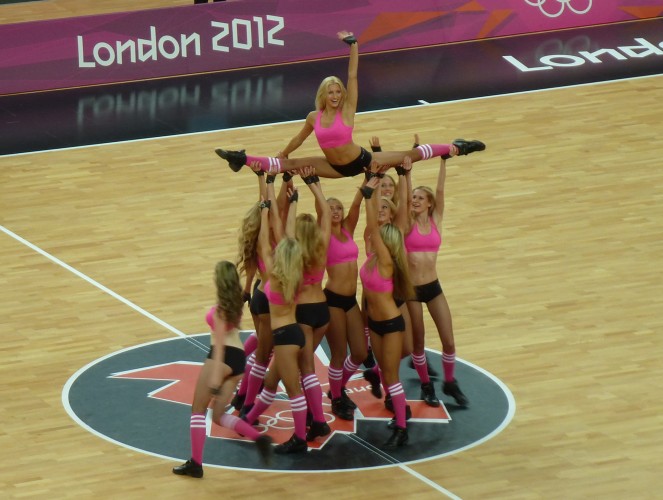 Sunset on the lake in Bela Crkva, Serbia 🇷🇸 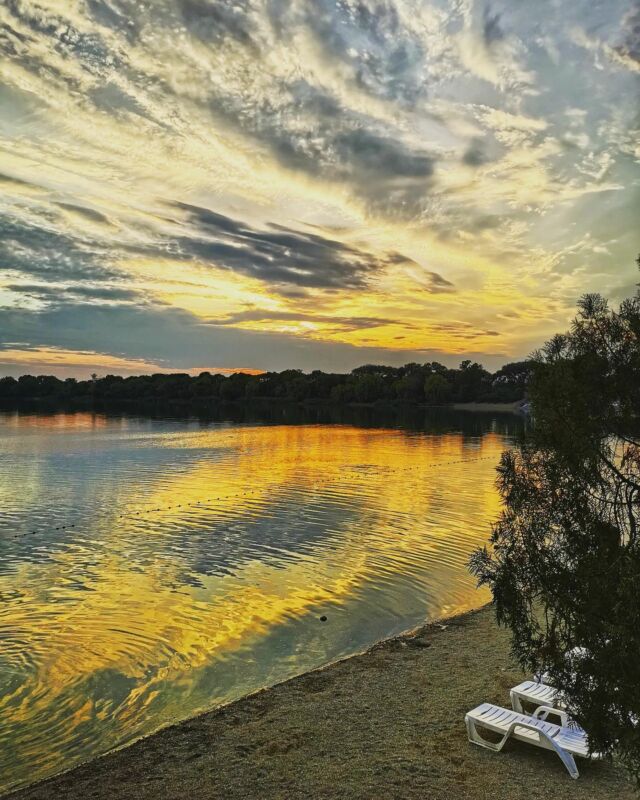 This is Asia in Switzerland 1/2. Chinese garden in